How to Successfully Require Proof of Vaccinations 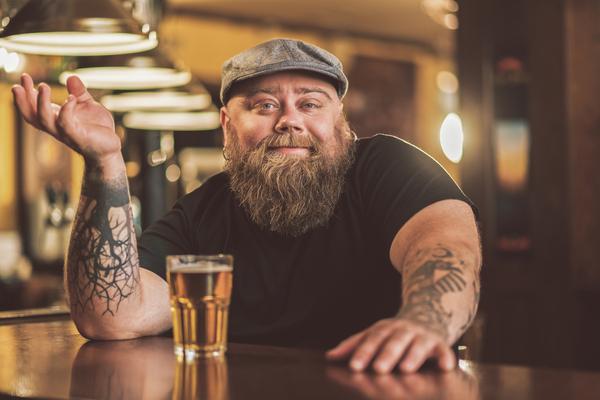 Getting Carded: How to Successfully Require Proof of Vaccinations

As vaccination rates lag and the Delta variant surges, some breweries are choosing to require proof of vaccination for staff or customers; in some places, it’s required by law. Kate Bernot, of Brewing Industry Guide, discusses how some are implementing such policies while minimizing complications.

After a year and a half of navigating mask mandates, on-premise closures, new to-go alcohol permissions, and the logistics of reopening taprooms, breweries face yet another COVID-era challenge: whether to require proof of vaccination for staff and customers.

The debate over vaccine mandates comes amid a dramatic spike in infections fueled by the Delta strain of COVID-19. As of mid-August, about 51 percent  of Americans were fully vaccinated, according to data reported by The      New York Times. However, many states and counties had much lower rates—Alabama and Mississippi were lowest, at 36 percent each, while both were in the top five for per capita infection rates. On the other hand, two states with the lowest infection rates—Maine and Vermont—also had the highest rates of vaccinations, at 65 and 67 percent, respectively.

Breweries requiring proof of vaccination for staff or customers say they’re doing so to protect their teams and in the interest of public health. The U.S. Centers for Disease Control and Prevention says that approved vaccines are effective in helping to prevent infection and serious illness from COVID, including the Delta variant, and in reducing a vaccinated person’s risk of transmitting the virus to others.

MolsonCoors is perhaps the most prominent beer company to require its U.S. corporate employees, field sales employees, and new hires be vaccinated. In an August 16 letter explaining the requirement, the company writes, “We recognize this mandate may be difficult for some, but there is no doubt it will make us safer at work, and it will help protect those around us at home and in our communities.”

Whether mandated or voluntary, requiring proof of vaccination for indoor service requires preparation and extra effort from staff. Here’s what breweries that have already put such requirements in place have learned about making the policy work as seamlessly as possible.

Have a dialogue with staff.

Breweries that require proof of vaccination stress proper communication and training with front-of-house staff, who will be the “front lines” of enforcing policy. In New Orleans, such proof became mandatory for indoor service beginning in late August. However, the management at Urban South Brewery had been discussing the policy with staff for more than a week before it went into effect. The team held role-playing scenarios to prepare for different types of customer reactions to the policy. As a result, the staff felt more prepared and confident that they could implement the policy the weekend before it became mandatory, according to Urban South Brewery cofounder Kyle Huling.

“We got bartenders’ feedback on what would be comfortable for them because they’re the ones working with people day in and day out and having to be the police force,” Huling says.

Define what counts as proof of vaccination.

It’s critical to make sure staff understand what constitutes proof of vaccination. In localities where this is required for indoor service, health departments have issued guidance that usually includes a copy of the physical vaccination card, a photo of the card, or a record in a state-level database (states such as California and Louisiana maintain databases that can be accessed through a digital wallet to confirm proof of vaccination).

Where it’s not required by law, your brewery can decide what type of proof to accept. Besides physical cards or photos of cards, Leikam Brewing in Portland, Oregon, accepts customers’ photos of themselves receiving the vaccine shot.

After deciding to require proof of vaccination, you should communicate this policy clearly to customers. You can do this via social media, on your website, on voicemail recordings, via signage on the front door—or, ideally, all of the above. This lets customers know what to expect. It also helps those who prefer not to comply with the policy avoid the disappointment of finding out upon arrival.

The communication also serves as an invitation to vaccinated customers who prefer to visit businesses that require it. Opinion polls find varying levels of support for vaccine mandates; these levels change depending on who conducted the poll, whether respondents have been vaccinated themselves, and even political-party affiliation. Summarizing recent results from several pollsters, Ronald Brownstein writes for The Atlantic: “On almost all key questions, a majority, usually a significant majority, of vaccinated Americans in these surveys wanted tougher requirements.”

That’s what Greater Purpose Brewing in Santa Cruz, California, has found, since it began requiring proof of vaccination to drink inside its taproom.

“We did lose maybe 10 to 15 percent of customers,” says taproom manager MaKendree Van Hall, “but we gained more than that, actually, because there are so many people who have been scared to go out, and now they can come inside unmasked and not worry about catching the virus.”

Breweries stress that proof-of-vaccination policies, like mask-wearing, should be communicated as positive—not punitive—measures. At Greater Purpose—which is owned by a church and donates at least 30 percent of profits to charity—Van Hall stresses that requiring proof of vaccination keeps communities safe and allows small businesses to stay open.

“If the small-business sector has to go through another shutdown, there are so many [businesses] that just aren’t going to make it,” Van Hall says. “But if we can have indoor vaccination as a prerequisite, it protects the livelihood of the small business.”

At Leikam in Portland, the owners say that proactively requiring proof of vaccination has helped parents with younger children who can’t yet be vaccinated feel more comfortable visiting the taproom.

“We are an all-ages, family-friendly taproom, which is an important part of who we are as a business,” says co-owner Sonia Marie Leikam. “We ourselves are parents first and have three younger children who are on site all the time.” The requirement, she says, “was a conversation we had really early on as part of our plan to keep our staff and families safe.”

Set the tone at the door.

If you require proof of vaccination, this should be clear from the moment a customer arrives at the door. Signs can convey the message, but so can clear safety protocols such as sanitizer stations, free masks, and temperature checks.

“When someone walks up to your door and there’s a station with sanitizer, a mask, and a sign, they know what they’re getting into,” Leikam says, “and it helps our asking for the card to not be a big deal.”

No business likes to turn away customers, so some breweries with outdoor seating are offering that as an alternative for unvaccinated guests. At Urban South, unvaccinated guests can sit outside, and a member of their party who has been vaccinated—or who shows proof of a negative COVID test within 72 hours—can go indoors to order.

At Greater Purpose, vaccinated patrons receive a hand stamp; without a hand stamp, customers must remain seated outside. Greater Purpose also offers an on-site vaccination clinic as often as it can find healthcare providers to host it. (The clinic administers the Johnson & Johnson vaccine, requiring just one dose.) One of the regular customers has even sponsored a free beer for each person who gets the vaccine there (a total of 10 people so far). “To me, you can’t set a precedent for a code of conduct without also providing a solution,” Van Hall says. “We want to help them not just protect themselves but be active participants in protecting their community.”

Generally, breweries say customers’ responses to proof of vaccination have been positive. Huling says Urban South’s taproom manager described the first weekend of requiring them as “the most pleasant weekend in a long time,” as people were expecting this directive and had already adjusted to Louisiana’s reinstated mask mandate this summer.

Urban South, Leikam, and Greater Purpose each report only a handful of instances in which customers have left or tried to evade the vaccination protocols. Leikam, though, has received online harassment and negative reviews for her brewery as a result of the policy; she suspects these are coming from people who are not regular patrons but read about the brewery’s policy in a newspaper article.

In response, she turned off comments on Leikam’s social media and recorded a new message for the brewery’s answering machine explaining that it will no longer accept voicemails. She also declined a local TV news station’s interview request about requiring proof of vaccination, and she has been working with Google and Yelp to remove one-star reviews that are obviously written in response to the policy.

Though these comments have been annoying—or, in some cases, extremely rude—Leikam says she tries to keep in mind that her core customers agree with her business decision.

“I can imagine in a different place where … this is something a community wasn’t in line with, that we could be fearful,” she says. “But we feel our community is really behind it.”