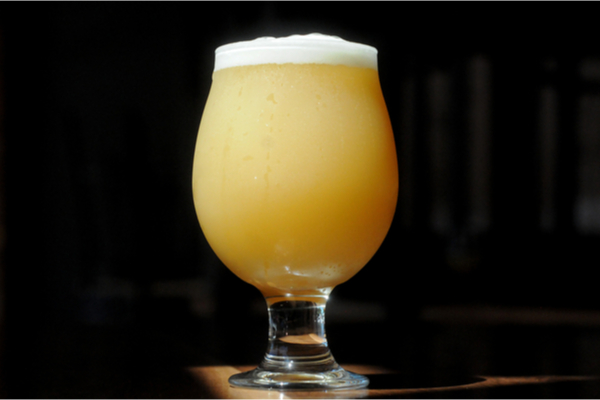 In preparation for talking about styles in Bart Watson’s “State of the Industry Presentation” at the 2021 Craft Brewers Conference, he thought it would be helpful to write a short post about India Pale Ale (IPA). As much as he sometimes try to avoid writing about IPA because it’s been written about and dissected a million times, it continues to be the most important style for many brewers, not to mention category growth.

Nothing over the past year has changed that. At a high level, IPA continues to grow in importance. While we can’t know style share in brewpubs and taprooms (yet – I’m working on that), scan data shows IPA dwarfing all other style categories and continuing to grow. The broadest bucket is now 41% of volume over the last 52 weeks in IRI Group data (52 weeks ending August 15, 21, total U.S., multi-outlet plus convenience (MULO+C) +Liquor; Because style shares are seasonal, I’m using 52 week numbers rather than year to date (YTD) or calendar year data). That’s up 2.1 shares from a year ago, when IPA had 39.0 share. Amazingly, that is actually decelerating growth.

Looking under the surface, the story gets more interesting. Looking at the last 52 weeks, American IPA, the style that built the category, has actually lost a share point within Brewers Association (BA) craft in scan. Before you get excited about brown ale or mild blowing up your local supermarket, American IPA has lost that share mostly to other parts of IPA; in order: New England/Hazy, Imperial, and IPA Mix packs (presumably mostly with a mix of those three). The graph below shows all of the craft styles that hold at least one share in scan. The only three that have grown share significantly are three IPA sub categories (sour ale is fourth and session IPA is fifth).

A few years ago, hazy, imperial, and American were all growing. Last year it was just hazy and imperial. So, as the graph below illustrates, there has been a sea shift in IPA growth (which a visit to almost any brewery taproom in recent years would also illustrate). As a bonus, I’ve thrown in session and fruit IPA, both of which are less dynamic, but are still both larger than IPA mix packs (the categories are left to right in share order).

As this graph shows, Hazy IPA has also lost a bit of steam, mostly giving way to Imperial IPA (presumably many of them hazy). While knowing that Imperial and Hazy IPA are driving growth may be useful information for brewers, it’s still going to be complicated for many small brewers to turn that information into a retail strategy. For many brewers, getting one facing is difficult enough. If they already have a successful IPA brand, adding a slot for imperial or hazy may simply not be feasible (and mix packs are out of the question for most brewers). You don’t want to abandon your flagship, but it’s hard to miss out on growth.

The table below shows share within IPA sub-segments in scan and the change in share over the past year. You can see this dilemma in action.

The largest brewers can try to gain share everywhere. The next tier (regional or national craft) have a few more trade-offs, and appear to be driving mix pack growth. And the smallest brewers are generally growing share in American IPA, but losing ground in the growth categories. To me, the data above shows that while IPA is still going to be a growth driver for a lot of breweries, as the category has grown and become more competitive, outside of your taproom or brewpub, it’s more important than ever for small brewers to be targeting their strategy in order to get attention from distributors and retailers.